The 2022 SHINWA DIGITAL ART WEEK featured 222 digital art works from 22 artists coming from 12 countries.
The theme for this inaugural digital week was “EVOLUTION” and the concept was to intersect digital artists from various eras, geographic borders and technological backgrounds. Held in a physical gallery and auction space in the high-end Ginza district in Tokyo Japan, new audiences were introduced to the world of digital arts and its evolution throughout the years viewed from the eyes of the artists who exhibited.

Headlining the event is pioneer Japanese computer graphics visual artist, YOICHIRO KAWAGUCHI (b. 1952) whose series of work  "Growth Eggy: Magma" from 1990 was featured in the event's printed publicity collaterals along with notable 3D artists; Hungarian ANNA NATTER (b.1982) and Indonesian RUBAHITAM (b. 1995). Kawaguchi's work was sold out during the digital art week, and later set auction records in the secondary markets. Amongst Japan's most prolific photographers, TENMAI KANOU (b. 1942) showed his digitally-mastered monochromatic work which highlighted his time spent in 60s New York where he interacted with friends Yayoi Kusama, and performers from Andy Warhol's Factory.
An international curation of other digital artists ranging from nature inspired stop motion by French artist BENOIT LEVA (b. 1981) who works regularly with luxury brands like Hermès, artificial intelligence (AI) generative works by Italian artist KESSON (b. 1988), to Cologne-based Chinese artist KEFAN404 (b. 1996) “Snow Sakura” piece made specially for the show - the artist’s work was previously shared by American socialite Kim Kardashian to her 300+ million Instagram followers. Augmented reality and various other physical-digital formats were also shown to the public. All artworks shown were available for sale.
The event was held when Japan's borders were closed to non resident foreigners due to the COVID-19 pandemic, however it was well received with positive feedback from the public, notable collectors, gallerists and private museum owners. Two separate panel discussions were also held involving the influential Japanese art magazine BIJUTSU TECHO (美術手帖) with SHINWA WISE HOLDINGS chairman Yoichiro Kurata on the pre-opening night, and a group video call with Italian AI platform umanesimo artificiale, the event's curator with artists THE JAYDER and LA MANO FRIA (b. 1973). For a complete introduction of the works shown during the digital week please click on the CATALOGUE button above. 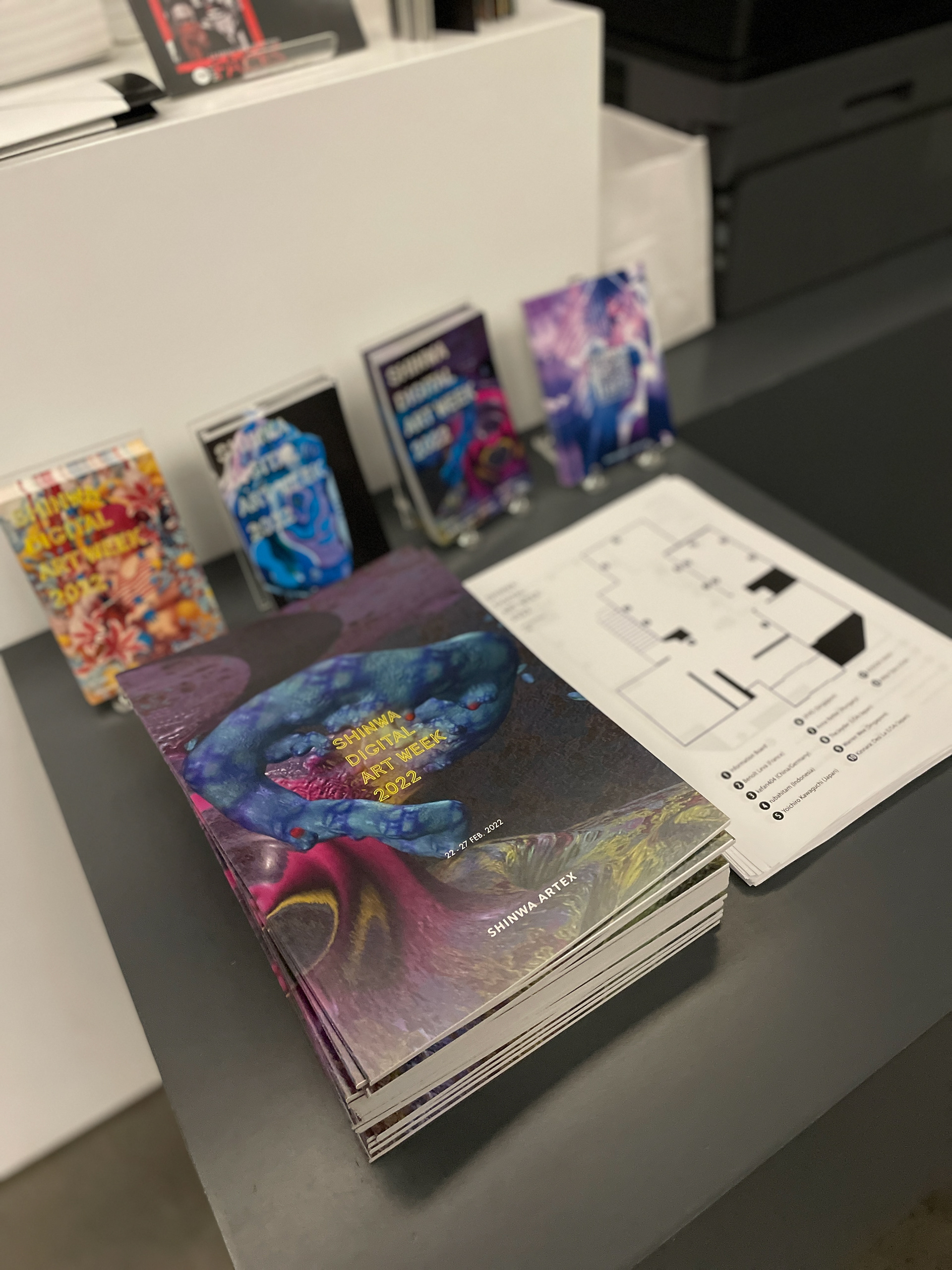 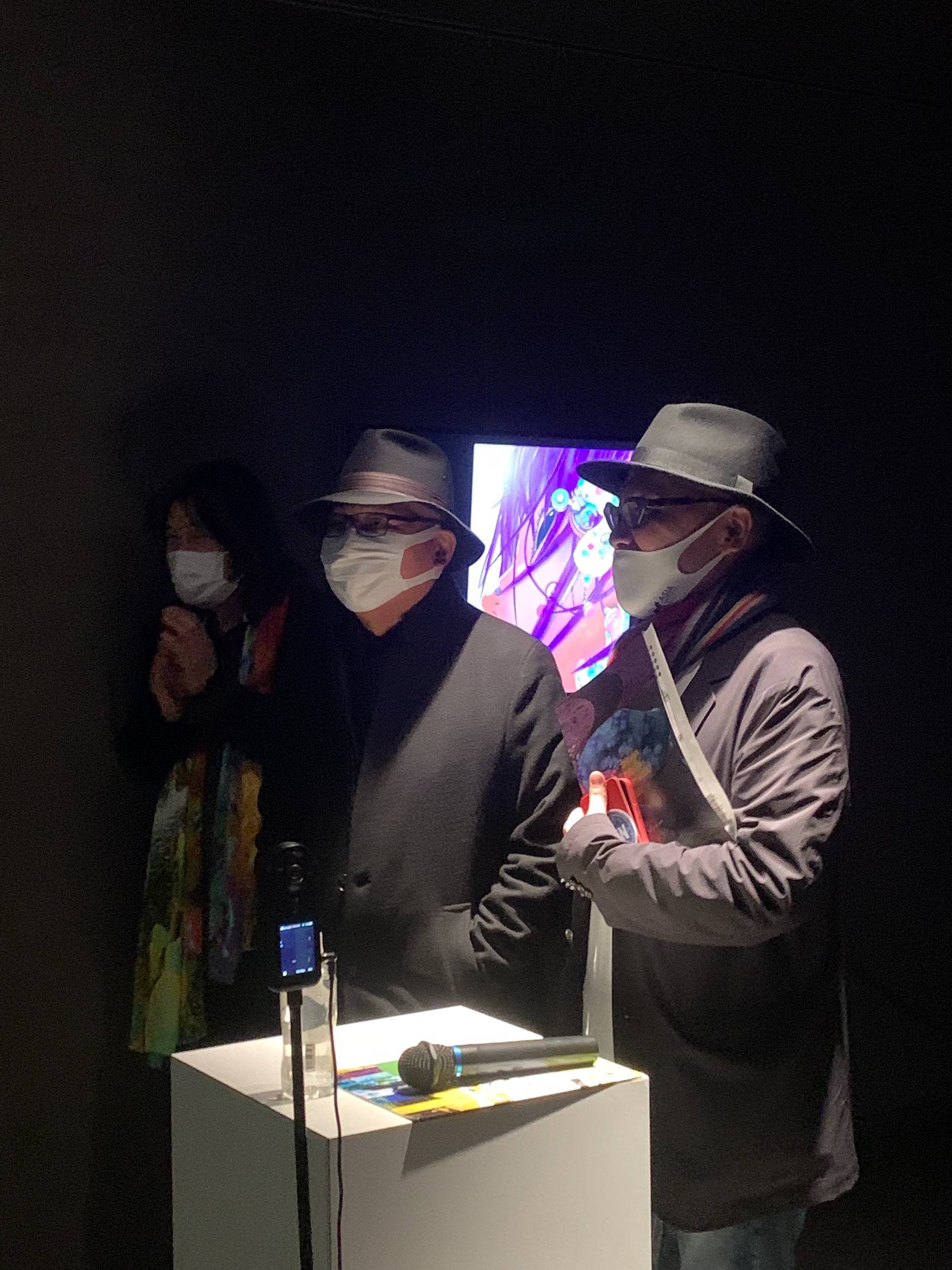 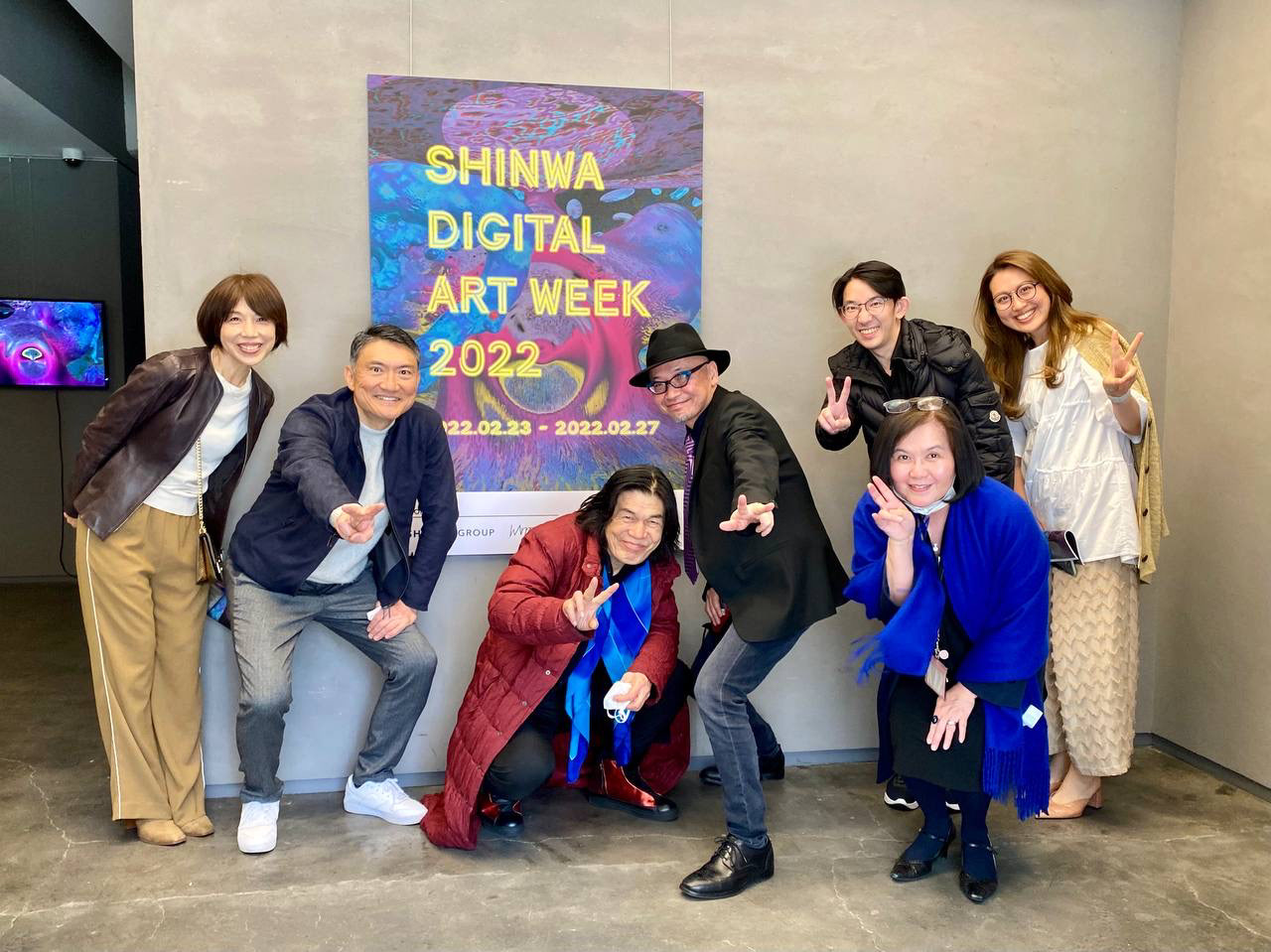 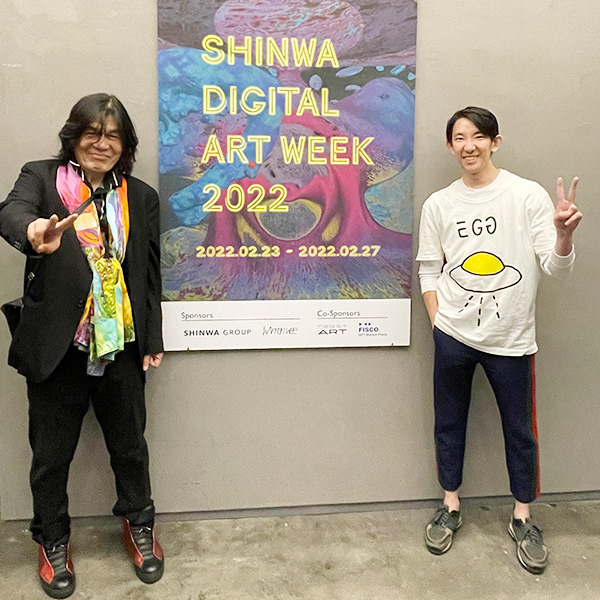 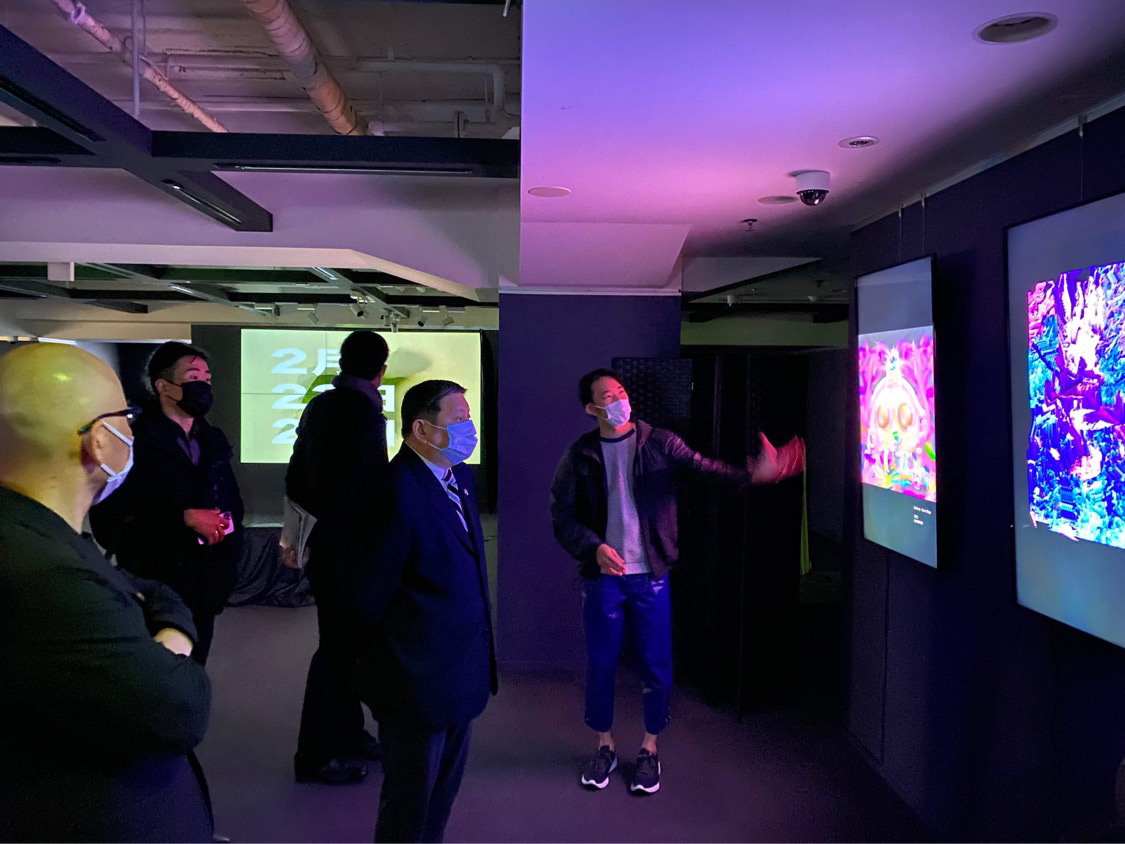 Ambassador of Singapore to Japan, Peter Tan given a personal tour by Curator Warren Wee 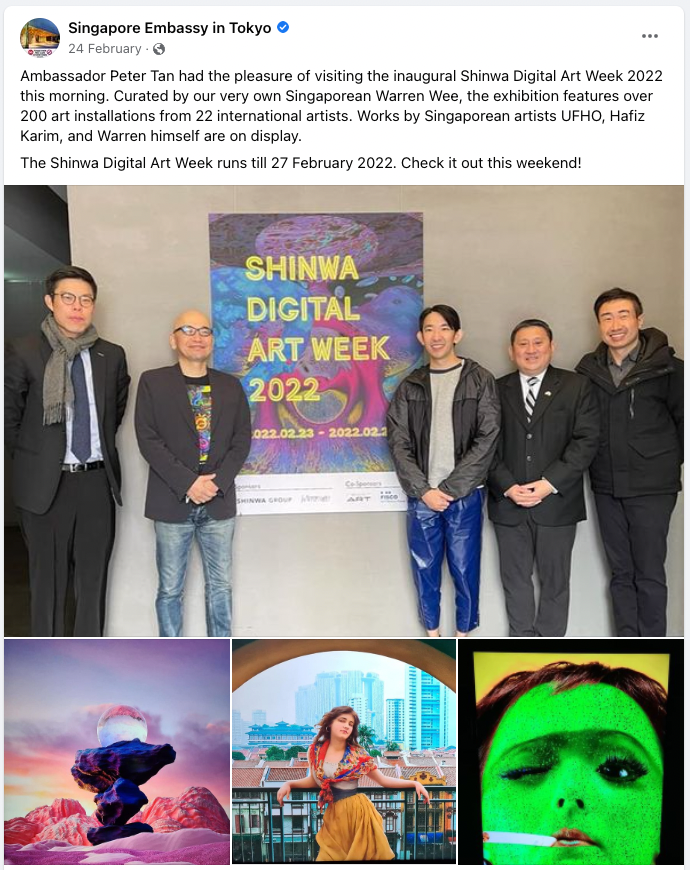 HANEDA AIRPORT AUCTION 2022
↑Back to Top

By clicking “Accept”, you agree to ourTerms of ServicePrivacy Policy in accessing this site. Accept Decline